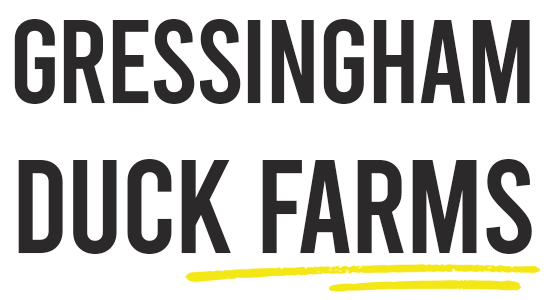 DUCKS IN DISTRESS AT THE UK’S LARGEST DUCK SUPPLIER

Gressingham is the UK’s largest supplier of ducks, killing for major supermarkets and outlets such as Sainsbury’s, Waitrose, Tesco, Co-op, ASDA, Morrisons, Ocado, Amazon Fresh, Budgens and Booths. Gressingham Foods is also a major supplier of duck meat to the Chinese take-away industry. The company rears around 8 million ducks in vast sheds - not one duck has the ability to fully submerge in water. This should be a crime!

During undercover filming over two months at Gressingham Foods farms in Thetford, numerous violations of Red Tractor and UK legislation were documented. Following the investigation, almost 4,000 people immediately signed a petition urging Gressingham Duck to end duck cruelty, and since then over 71,000 people have signed against the company, demanding it face legal action.

11 million ducks and geese are farmed in Britain each year. Most ducks are reared in sheds with no access to water aside from drinkers. Animal Justice Project is advocating for an end to duck farming due to the innate cruelty of not providing water to the waterfowl. Watch Animal Justice Project’s hidden-camera footage.

‍Workers breaking the necks of ducks and throwing them back into the flock of running ducks. Constant shed lighting for over two days. Lame ducks and ducks in apparent distress. Ducks ‘back-pedalling’ across the shed floors (a result of sodden floor and leg problems due to a fast growth rate). A complete lack of enrichment and workers grabbing ducks by their necks.

At the farms visited by Animal Justice Project, ducks could only throw water over themselves from bell drinkers, which created a sodden substrate.
In one shed, 6,500 birds had access to only 50 drinkers - 130 birds per drinker. Each bird gets 2 foot square of floor space on a Gressingham Duck farm, yet the pekin duck has a wingspan of around 1.5m.

DUCKS OUT OF WATER

Gressingham ducks do not have access to water for bathing or swimming; their only access is via small drinkers.

An innate behaviour withheld from these ducks from day one, the psychological need for water goes unfulfilled. An open water source is imperative for ducks to be able to clean and maintain a healthy body condition - they can even go blind without it. The ducks in these sheds were filthy and grew dirtier with age. Their white feathers were stained brown from sodden bedding and faeces. Their bedding became damp and dirty around the drinkers where the ducks desperately tried to bathe.

The cries of young ducklings drowned out the churns of feeders and other machinery.

The noise was overwhelming. Ducklings often call to their mums for comfort and have a distress call for when they are lost and scared. The overpowering calls were those of distress. They had no mothers to comfort them, so their distress continued to heighten. Any duckling that was unfortunate enough to become sick or lame would be alone and in pain shouting for help, but no one would come. If they survived the night, a worker would snap their neck.

LAME, SICK AND LEFT TO SUFFER

Countless times we found lame birds struggling to walk or stuck on their backs.

Paperwork by Gressingham showed their 'welfare checks' were always done by 3pm, leaving ducks to suffer alone for up to 15 hours at a time. The lame ducks were incredibly distressed and crying out. Their huge bodies, grown far faster than a wild duck’s, were unable to right themselves. For hours on end, they would be left pedalling their legs in the air until they became too exhausted to move. Their fate would already be sealed...

Any lame birds found by staff would be handled by their fragile and sensitive necks which would then be snapped.

Their flapping bodies were then tossed like trash amongst the other birds. Killing was a frequent sight in the sheds, one that the ducks within knew all too well. RSPCA guidelines state that ducks should not be carried by their necks as this can result in injury and distress. Even when ducks were rounded up for transportation, live birds were picked up by their necks by workers and thrown forward into the crowd of the other frantic and scared ducks.

CROWDED, LOUD AND NOWHERE TO HIDE

Barns were overcrowded and lacked basic needs for the ducks.

In a shed of 6,500 ducks, there was only one drinker per 130 birds and one feeder per 106 birds. Each individual was only permitted 0.19m² of floor space. There is nowhere for them to escape— yet another luxury not afforded to them by Gressingham Duck or Red Tractor. One shed we visited had 12,000 individuals inside: a loud, crowded duck prison.

No peace. No quiet. No darkness. During our filming, artificial lighting was kept on for a 47 hour period. This violates all lighting guidelines and regulations, which state ducks should have at least a six hour period of darkness through the night. These guidelines were often ignored— keeping lighting on stimulates ducks to eat more. Ultimately, they get heavier. Worse for their own health, but far better for Gressingham who cash in from their heavy bodies.

At the mere age of six weeks old, ducks were rounded up using scare tactics.

Workers shouted and waved their arms to gather the frantic birds together. Stragglers were picked up by their necks and tossed into the crowd. Once caught and in the crates, ducks would then be taken to slaughterhouses where they would either be gassed or hung upside down into an electrified bath of water.

Please use your voice to share the truth about this common practice that happens not only in the UK but everywhere. And please, leave ducks and all animals off your plate.

As a consumer, you have power! Tell supermarkets they must do better: End their sale of Gressingham ducks and replace their meat aisle with plant-based foods. 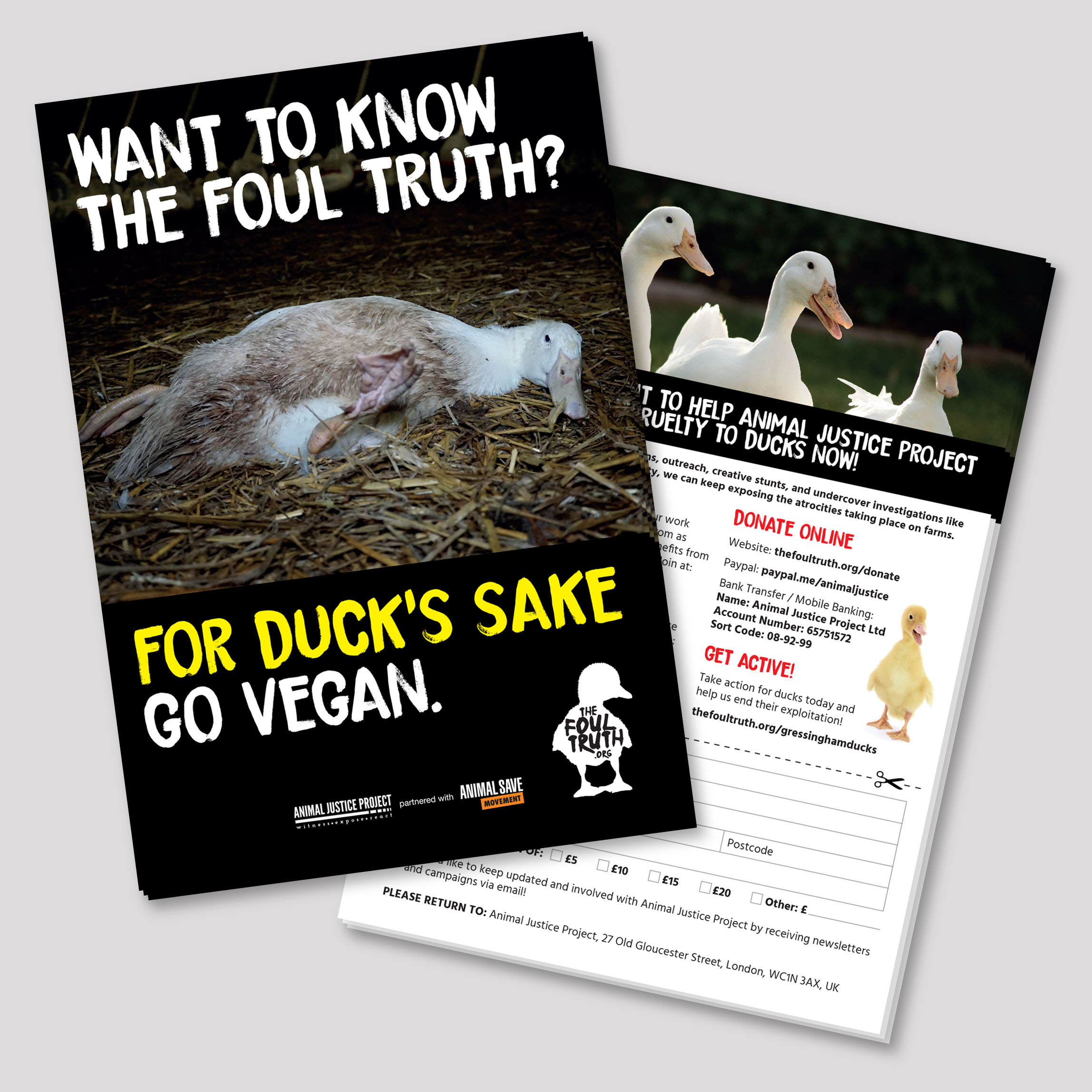