The Scammed! campaign reveals the failing system within UK slaughterhouses.

Scammed! calls on the government to halt the public funding being ploughed into abattoirs.

Our difficult-to-watch footage reveals heartbreaking scenes routinely taking place in abattoirs and lairages across the country. Inside each facility are: a slaughterhouse manager, licenced operatives, Closed Circuit Television (CCTV), and a Food Standards Agency (FSA)-appointed Official Veterinarian, whose job is arguably the most important.

Approved slaughterhouses are not subject to unannounced inspections by the FSA, so the task of daily animal inspections lies with the vet. It is this veterinarian who reports non-compliances to both the FSA and the Animal & Plant Health Agency (APHA).

“CCTV does not replace, reduce, nor is considered a substitute for, direct practical official observations by Official Veterinarians” – Food Standards Agency

Negligent Official Veterinarians and the general misuse of slaughterhouse CCTV – which is not routinely nor randomly seized by governing bodies – have caused animal suffering to go largely unseen and unreported.

Our undercover investigation inside G. & G. B. Hewitt slaughterhouse was featured in the prestigious The Times newspaper and many other outlets, ensuring that the slaughter of animals for human consumption stays in the headlines. We recorded the sickening abuse of pigs, piglets, sheep and cows on our own cameras, abuse that was in full view of the slaughterhouse CCTV.

In January 2021, an industry-wide review of the Welfare of Animals at the Time of Killing (WATOK) legislation took place. The UK government stated that the review would

And yet, it does not address the glaring problems Animal Justice Project encountered during the 2021 investigation, and does nothing to illustrate the real horrors animals face in abattoirs.

Showcased in The Times -

Our two-month investigation took place in early 2021 behind the walls of small, local-sourcing slaughterhouse, G. & G. B. Hewitt Slaughterhouse, Cheshire, over a period of ALMOST 200 HOURS, SPANNING EIGHT DAYS.

This is just the beginning, to show the public what eating animals actually means!

By targeting the government, and highlighting the failures inside abattoirs, we aim to show that there is no such thing as ‘humane slaughter’. The industry is rotten to the core and must be abolished.

Reaching hundreds of thousands of people across social media and on the streets through Scammed! campaign street events, together we demand an end to animal slaughter.

The system is not broken, but is designed to fail animals, protect profit and maintain institutionalised abuse. The public is scammed into believing that the UK government has systems in place ‘protecting’ farmed animals, when what exists are smokescreens concealing the reality.

Find out more about how you can help end animal slaughter -

Want to join millions of people who are starting to stand up for animals? 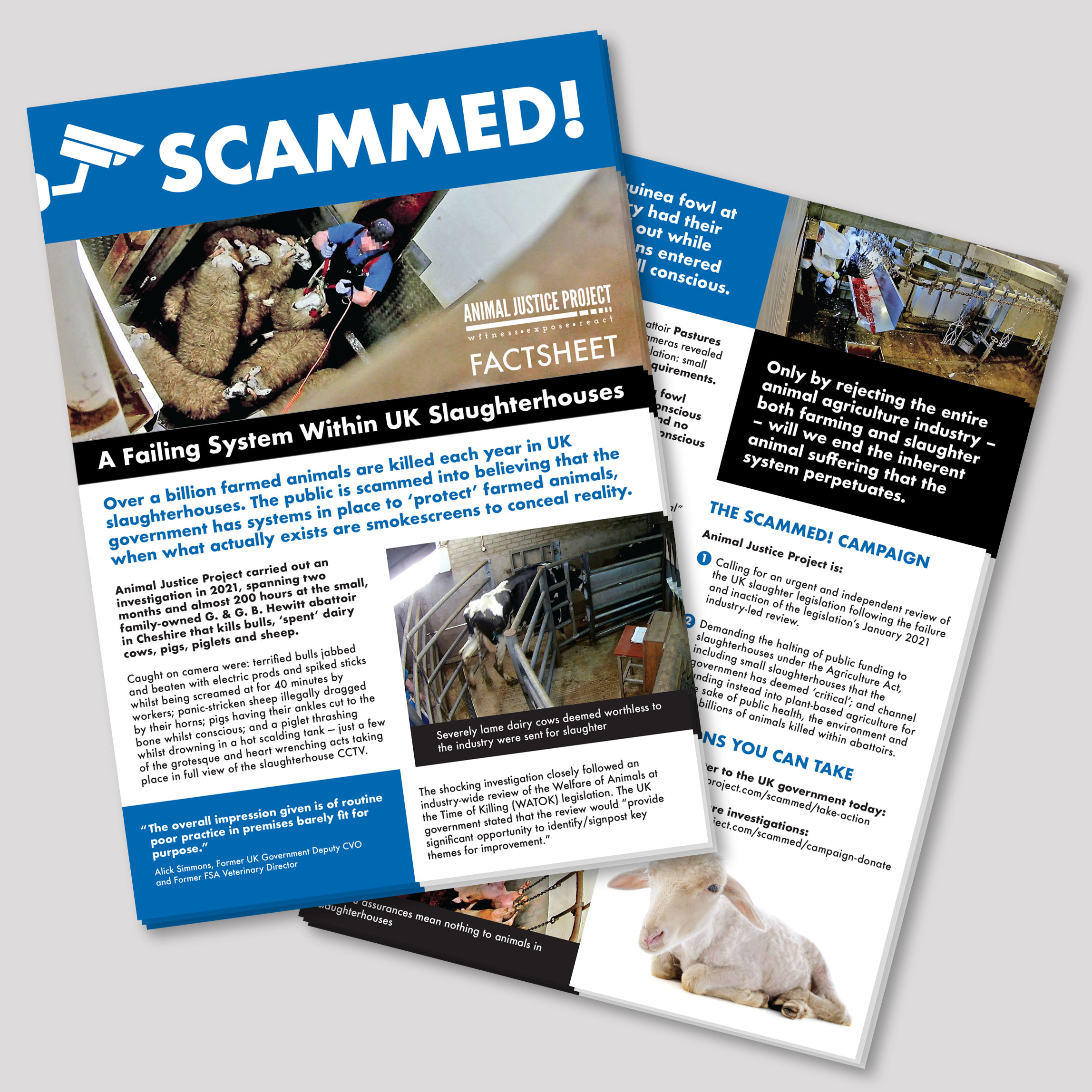 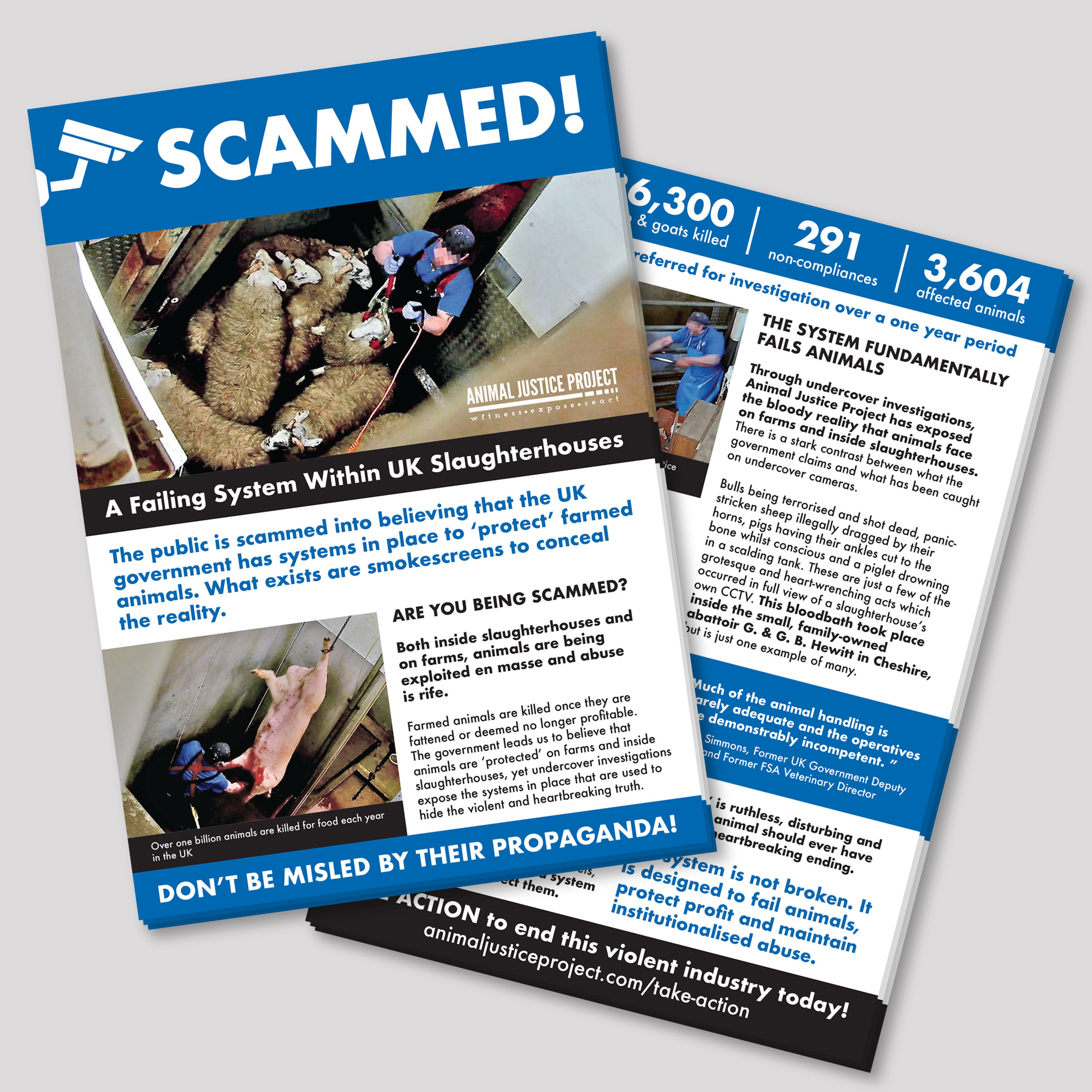 We must challenge a system designed to fail animals!