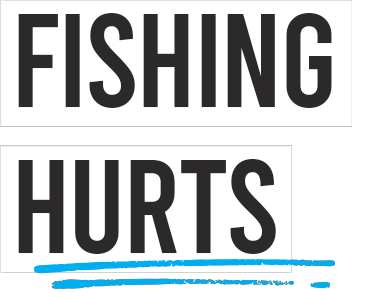 Fishing Hurts is an educational campaign highlighting the often forgotten victims of the meat industry: fish.

These  intelligent beings, with distinct, inquisitive and playful personalities, are killed by the trillions for so-called ‘seafood’.

So different physically to us, many consumers fail to look past the scales and wide eyes on supermarket shelves to the thinking, feeling animals they really are. Exhibiting complex social bonds, fish live in large schools, and work together to communicate, plan and hunt, sometimes working with individuals of other species — something rarely seen even in mammals. Some fish, such as salmon, have amazing memories and can remember their exact place of birth. Some mate for life. The Mahi-mahi have such a connection with each other that, if one of a pair is caught, the partner will stay around, waiting in hope of their return.

To supply the insatiable demand for ‘seafood’, modern-day fishing vessels are floating slaughterhouses with the capacity to catch, kill and process millions of fish in a single excursion. From the moment a fish is dragged out of the water, they gasp and struggle for life, experiencing decompression, asphyxiation and crushing under the weight of the other fish. They may be bludgeoned to death, have a spike forced through their brain, have their gill archery severed, be decapitated or gutted alive! Their cruel treatment would be considered illegal in many countries if they were any other animal.

A trillion is a million x a million.

This is the number of animals dragged from the oceans each year by the fishing industry.

40 percent of this catch, including an estimated 650 million whales, dolphins, sharks, marine turtles and sea birds, is classified as ‘bycatch’ and discarded back into the ocean, often dead. Plastic waste cannot be ignored either, and is also a huge threat to the ocean’s existence. Around 46 percent of plastic in the oceans consists of discarded fishing nets which continue to entrap and kill sea animals.

Animal Justice Project’s Fishing Hurts campaign aims to provide visually stunning and impactful campaign materials for activists so that they can educate consumers about the plight of these often-forgotten animals. As veganism increases in popularity, it’s so important to educate people about fishing — as many consumers turn to eating fish as an presumably ethical and healthy option because fish parts are labeled as ‘sustainable’. Commercial fishing is anything but.

The ocean’s ecosystem is vital for life on earth. It produces 80 percent of the oxygen we breathe while absorbing 50 percent of the world’s carbon emissions, yet this ecosystem is being decimated by the fishing industry. 90 percent of top-level predators have already been fished to extinction, with scientists predicting empty oceans of fish by 2048.

To make matters worse, mass, industrial fish farms are on the rise to fulfill the ever-growing demand.

Captive in cramped pens, fish live in their own waste. These congested toxic cesspools are the perfect breeding ground for pathogens, killing up to 40 percent of farmed fish.

Fish are the forgotten victims. Please don’t turn away.

Order Fishing Hurts flyers (in packs of 100, perfect for handing out or door dropping in your local area) and stickers -

You can make the world a kinder place for animals by not eating fish and by going vegan. Start by visiting Challenge22 - 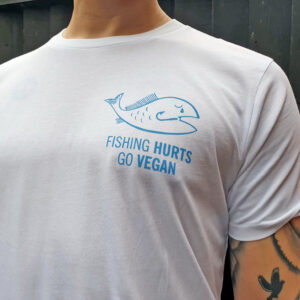 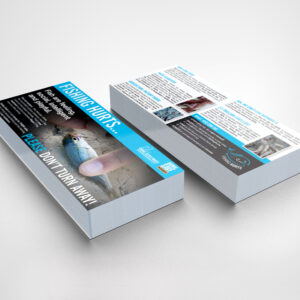 No items found.
see all news