Sadly, research is usually conducted in the context of cows as food commodities, and with the purpose of managing them better in a slaughterhouse or dairy farm. This is severely limiting, and little attention has historically been given to cows’ intelligence, sociability, and personalities. Yet, increasingly, consumers are turning away from dairy and recognizing that sentient beings are worthy of respect, instead of commodities to be exploited.

Cows naturally live around 25 years, yet in the dairy industry they are sent to slaughter at just 5-6 years old. At this age, they are considered ‘spent’ and no longer profitable.

Dairy is the UK’s largest agricultural sector, and the UK is the thirteenth-largest milk producer in the world.

In 2020, there were 1.9 million dairy cows (over 2 years old with offspring) in the country: a 28% reduction since 1996. Whilst still a staggering number, dairy herds have decreased in size over recent years, though milk consumption has increased. Cows are increasingly pushed to their limits to produce more and more milk. Around one-quarter of the dairy farms (representing approximately 50% of the total cows) are considered large, confinement-style farms feeding Total Mixed Rations (TMR) diets.

Under proposals outlined in the government's Agriculture Bill, around £3.4bn a year has been pledged to farmers to replace the EU’s scheme of subsidies – known as the common agricultural policy (CAP). The dairy industry has already received millions of pounds in support payments to keep it afloat in times of trouble; for example in 2020, following the coronavirus outbreak and the UK’s exit from the EU, the ‘Dairy Response Fund’ gave dairy farmers grants of up to £10,000 each. In the same year Defra gave £6 million in aid to farmers. It appears the subsidies will never end, which is why we must force change

Today, dairy cows are born into a food production system that consigns these docile ruminants to a lifetime of misery.

Cows are little more than living, breathing commodities meant to be subjugated for our use. Most people have never recognised that cows, just like cats and dogs, have their own personalities and are deserving of love and respect.

Dairy cows are repeatedly impregnated by artificial insemination, and have their newborns taken away at birth. Female calves are confined to individual pens and have their horn buds destroyed when they are about eight weeks old. The males are not so lucky. Soon after birth, they are trucked off to veal farms or cattle ranches where they end up as hamburger meat.

Just like humans, cows produce milk only for their offspring. Therefore, cows are forcefully impregnated every year. That dairy cows are bred selectively to increase their milk production is an important cause of their suffering.

Cows often suffer from lameness, mastitis and digestive problems because of unnatural food and the constant pressures of pregnancy.

Cows are forcibly and repeatedly impregnated every year so that farmers can remove their calves and take their milk.

Cows, like humans, have strong maternal instincts, yet soon after giving birth the calves are taken away — often dragged crying. This causes severe distress to both cow and calf, and has long-term effects on the calf’s physical and social development. In 2021, Animal Justice Project filmed cow-calf separation for the first time on an organic farm.

A female and her offspring are forced through this cycle of cruelty that ends with their slaughter. And for calves, this usually includes being taken away from their mothers within hours of birth.

Regardless of their gender, many calves on UK farms are taken straight into isolation pens after being torn from their mothers.

They are fed a diet of milk replacer so their mother’s milk (which was intended for them) can be taken away to be drunk by humans. Female calves will join the dairy herd, while males are either slaughtered or sold for beef.

Animal Justice Project is the only NGO to have filmed both processes in the UK.

After being torn away from their mothers, calves will spend much of their lives in extreme confinement. In fact, most will spend the first 2 to 3 months of life confined in lonely barren hutches.

Cows, like other farmed animals, are subjected to mutilations, such as disbudding and castration.

Whilst it is illegal to carry out disbudding without anaesthetic, it has been acknowledged by the government advisory body, Farm Animal Welfare Council (FAWC), that the procedure is often carried out by unskilled workers.

Many consumers still believe that drinking milk and eating cheese is harmless.

However, cows are sent to the abattoir just like other farmed animals when they are deemed useless to the farmer. Not one of these animals lives out their natural lifespan. It is important to educate vegetarians about the link between dairy and beef, since many cows killed for beef originate from dairy herds. By consuming dairy, vegetarians are actually funding the meat industry.

Once at the slaughterhouse, cows are goaded into chutes and chambers where they are shot in the head. Many are still conscious when they have their throats cut. 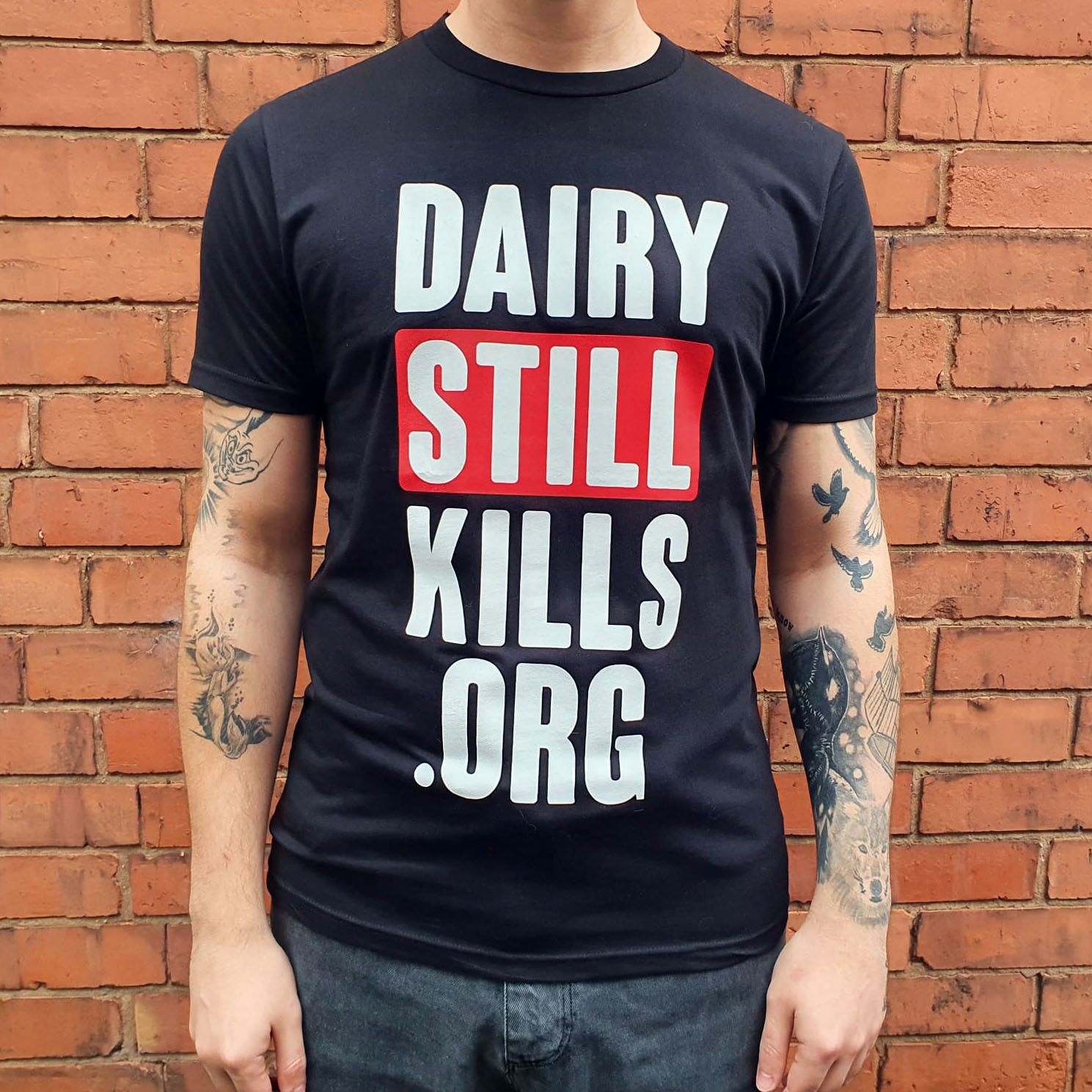 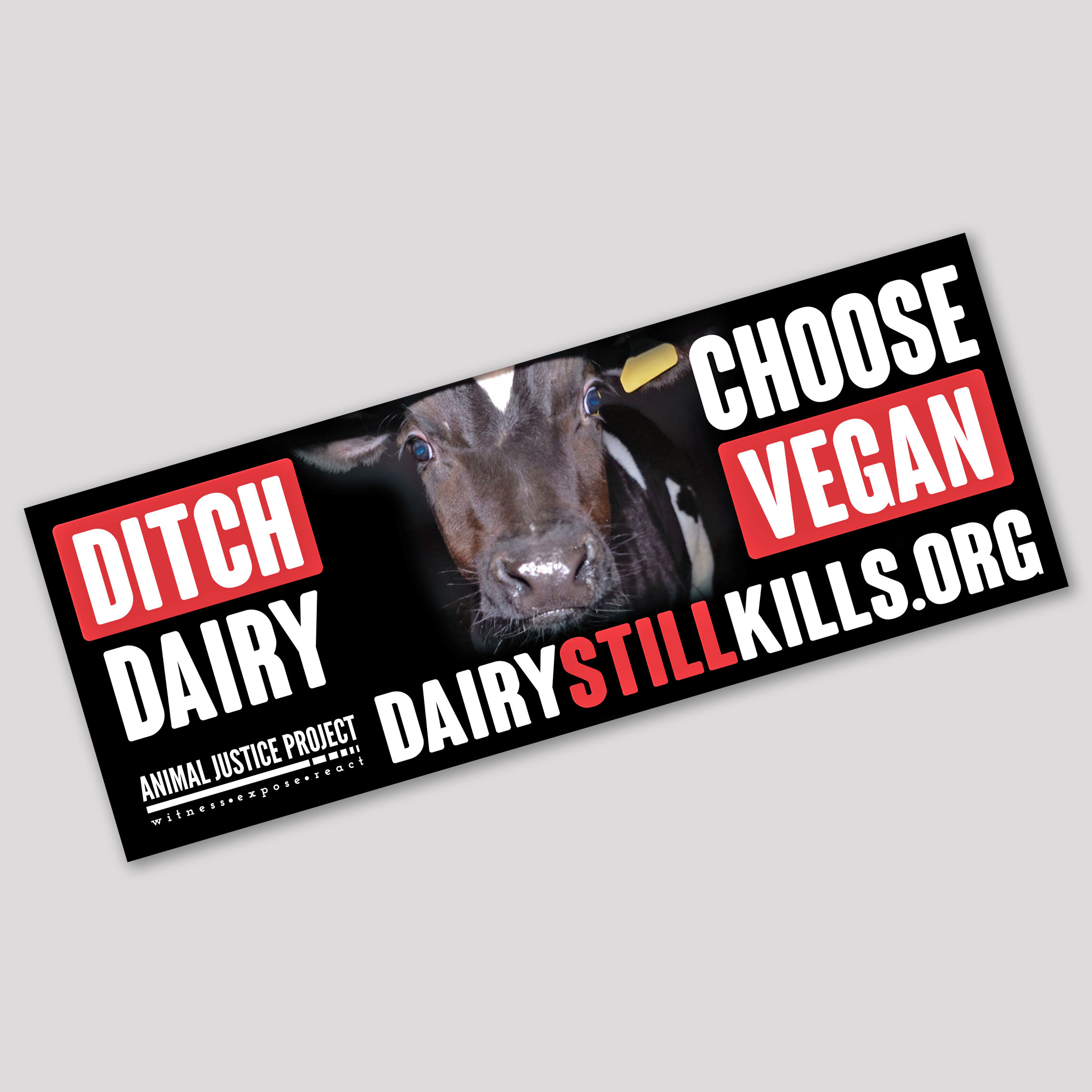 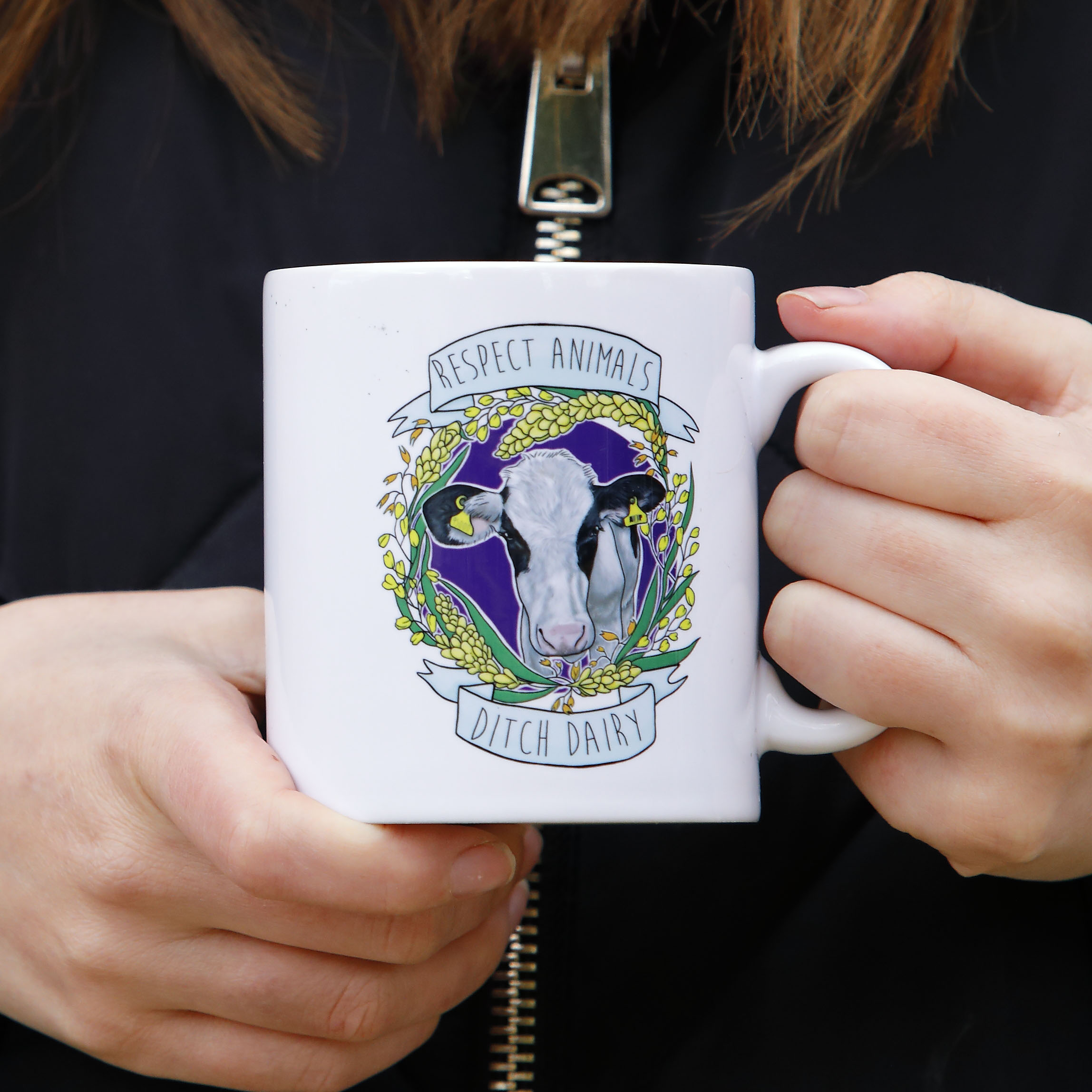