What a weekend! Activists scaled the roof of the National Beef Expo

What a weekend! Activists scaled the roof of the National Beef Expo 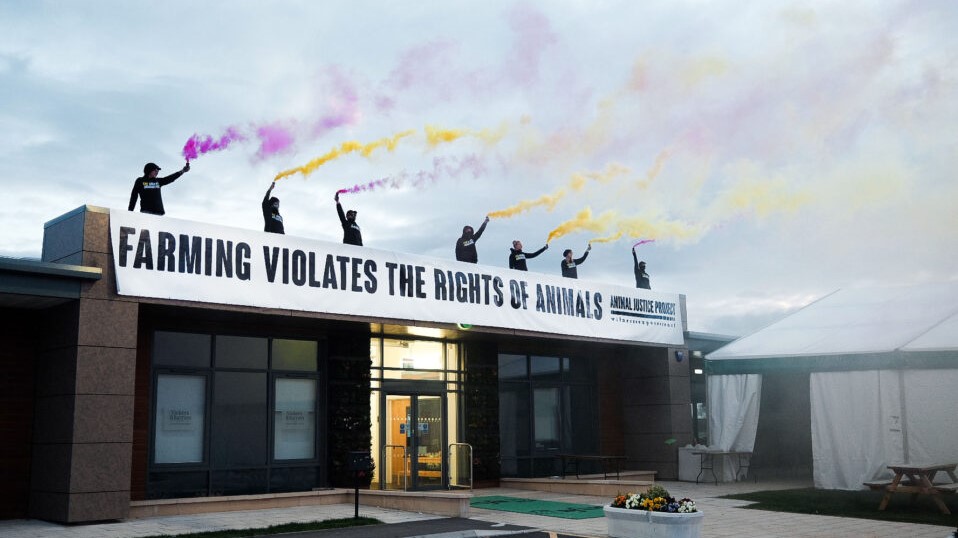 On Saturday 28 May, dozens of brave activists fled to Darlington and carried out the biggest action of its kind against an agricultural event in years! The National Beef Association’s ‘Beef Expo’ was supposed to be a celebration of the ‘Best of British’, but Animal Justice Project made national news by gate-crashing the event to show farmers that there is no future in ‘beef’ and more importantly, no future in animal agriculture.

With a clear message, activists demanded an end to animal farming by scaling the roof of Darlington Farmers Auction Mart, a brand-new state-of-the-art building where the ‘Beef Expo’ was its first major event since opening. The auction trades in over 250,000 animals every year, from cows to sheep to horses, which highlights the grotesque commodification of animals.

Millions of people have been reached this weekend through the action itself, social media and national and regional media outlets!

CHECK OUT THE MEDIA COVERAGE!

Five inspiring activists were arrested as a result of this action, all of whom are home and safe again. The action does not end here for these activists; they will now await any potential charges, which may take many months. The bravery of these people has allowed this incredible stunt to take place and for the message of veganism to reach millions of members of the public.

Years of undercover investigations on British farms illustrate the routine and systematic exploitation of animals, alongside a history of the industry and government not only turning a blind eye to breaches of legislation that already do very little to protect animals on farms, but continuing to plough public money into funding it.

Animal agriculture has no future and shows like these cannot be allowed to continue without being challenged. The urgency to oppose these industries has never been so important.

Will you donate today to fund further campaigning work against this monstrous industry?

The future is vegan!

This action showed farmers that there is a resistance to the systematic commodification and exploitation of animals which they profit from. Together we can create a more compassionate society where human and non-human animals can coexist peacefully.

Thank you to every single one of you who attended the event, shared our content on social media or told friends and family about it. 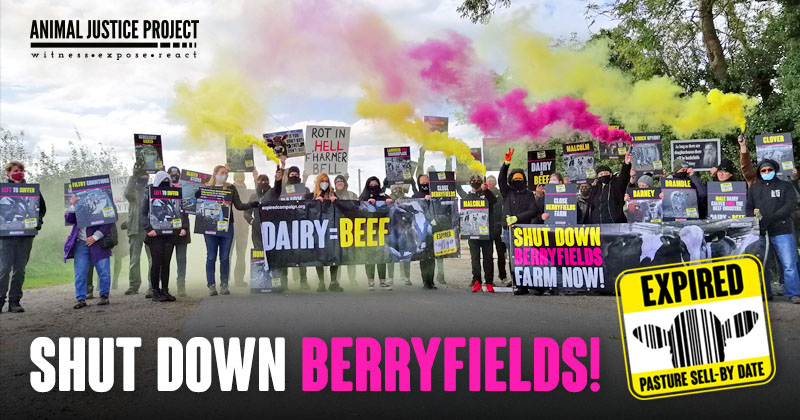 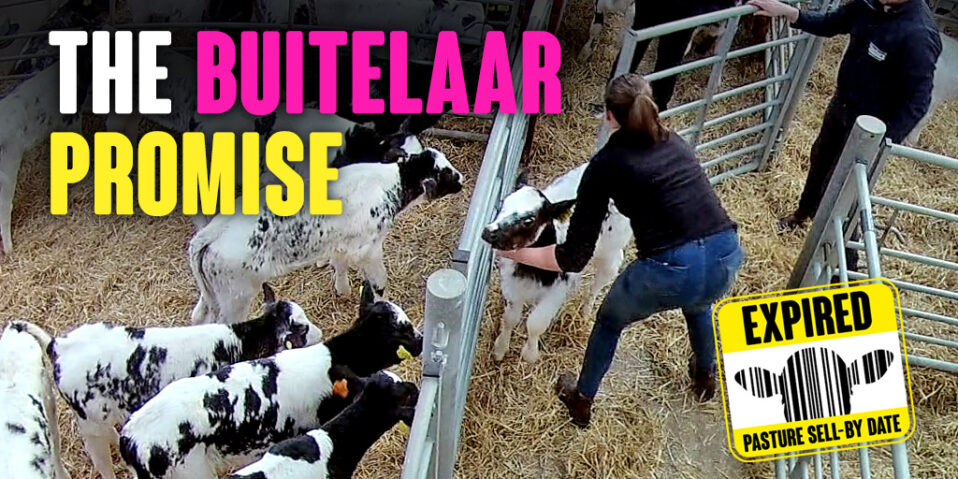 The Buitelaar Group has been exposed for the first time as part of Animal Justice Project’s EXPIRED campaign. 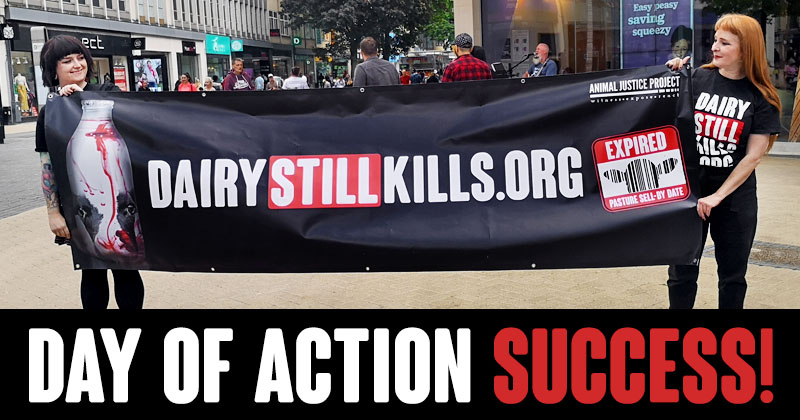 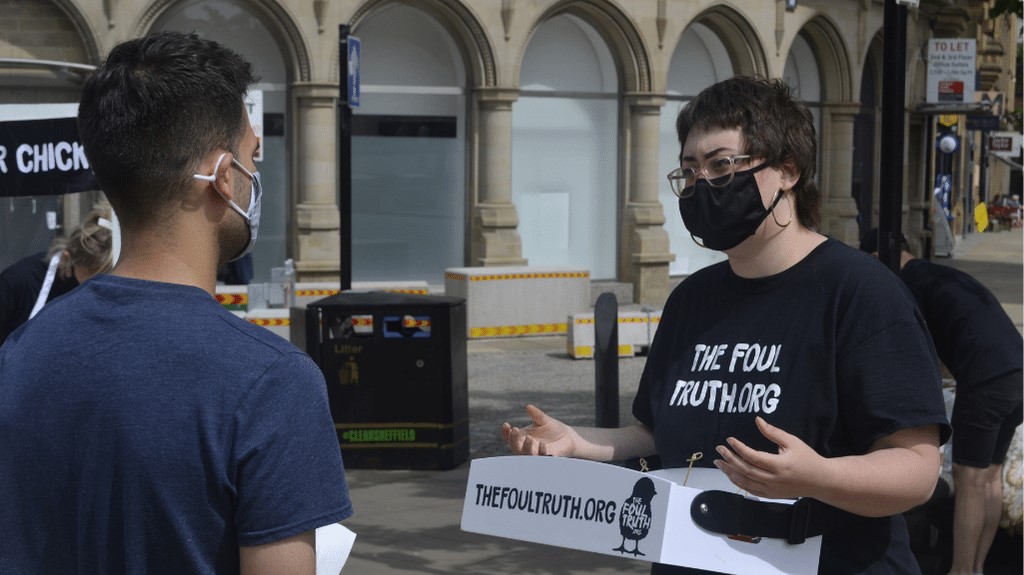 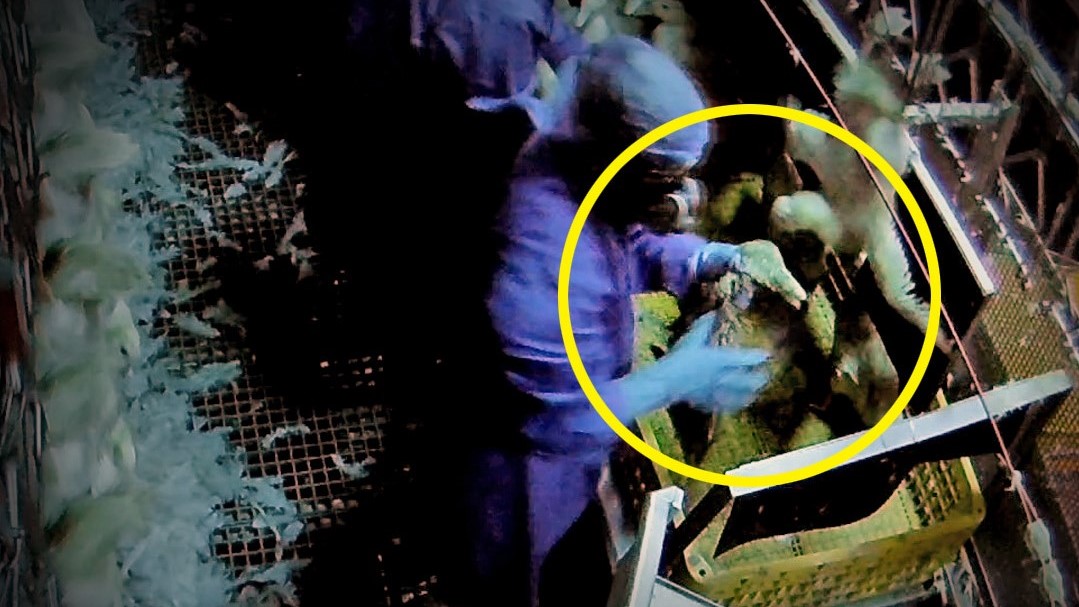 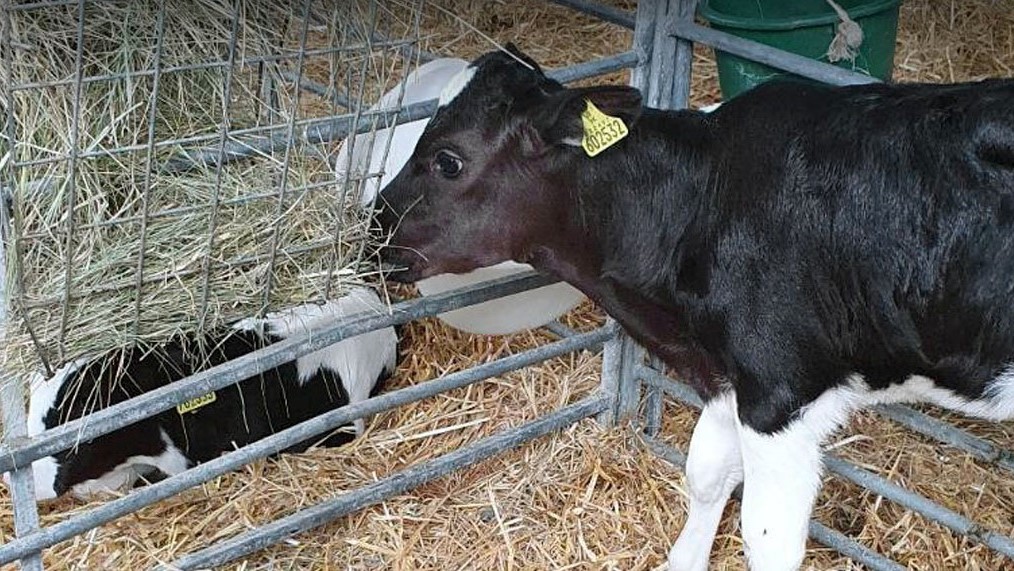