Skipton (June 09, 2022) — Animal Justice Project [1] has released shocking undercover footage of violence and neglect at a goat milk industry director’s farm in Skipton, North Yorkshire supplying one of the UK’s largest goat dairy companies, Delamere Dairy [2]. At this Red Tractor farm investigators captured on camera for the first time the ‘unregulated’ killing of baby goats deemed of no value to the industry. Other findings included the hazardous and routine dumping of over 100 dead goats across the farm over two months, with piles being left for two weeks before collection; filthy pens and no access to outside for animals; rough handling of goats by staff; and severely lame animals.

As the health and ethically-conscious consumer is increasingly choosing cow dairy alternatives, goat milk products are growing in popularity due to it containing lower levels of lactose and because the commercial goat dairy industry portrays itself as being a high welfare option. Animal Justice Project says that Delamere Dairy’s ethical claims [3, 4, 5] however fall flat following its latest investigation. Despite the mega-dairy company stating that young female kids enter the dairy herd and males are reared for meat [6], both male and female kids were filmed over the course of the investigation being killed within just 24 hours old. Delamere Dairy, which has an annual turnover of £30 million, states that animal welfare is a ‘top priority’ [7] and that farms adhere to ‘strict, independent monitoring, Farm Assurance and Welfare Code’ [8], yet footage from Pasture House Farm reveals, according to farm animal veterinarian Molly Vasanthakumar MRCVS, “welfare concerns” and “poor practice”.

Pasture House Farm houses around 2,000 goats [9] in across multiple sheds, making it one of the largest intensive goat dairies in the UK, able to milk over 700 goats an hour [10] and producing around 1 million litres of goat milk a year [11] to the largest, if not the largest, goat dairy brands, Delamere Dairy, responsible for one-third of the UK goats’ milk [12]. Delamere Dairy supplies Asda, Co-op, Morrisons, Sainsbury’s, Holland & Barratt and Tesco [13] with goat cheese, milk, butter and yoghurt.

- Dead goats: - Piles of bodies were strewn across the farm both inside and outside sheds near to a public footpath. One pile was left rotting for 14 days, and another 11 days. This is a breach of fallen stock legislation which requires that fallen animals (including stillborn animals) are collected, transported and disposed of, by authorised means, without undue delay [14]. As well as Red Tractor and Defra guidelines [15, 16]

- ‘Downer goat’ left for 48 hours without any treatment

- Abuse from workers: Despite Delamere’s claims that all their supplier farms treat goats ‘with respect’ [17], workers were filmed pushing and slapping animals, grabbing noses and tails, yelling and swearing at them. Across 22 days of filming, at least eight days captured physical abuse of some sort

- Zero-grazing: Goats spending all of their lives inside vast and crowded sheds is a stark contrast to the image portrayed on social media by Delamere Dairy [18]. In 2021, there were 48,626 commercially farmed dairy goats on farms [19] and over 80% [20] are farmed in sheds - never allowed outside

- Filthy bedding: Pens were not cleaned out throughout the duration of filming, instead fresh straw was sprayed on top of existing bedding which became filthy and damp, compacted and abundant in faeces and urine. Goats, including those who were heavily pregnant, were forced to lay on this bedding every day. Sodden bedding is likely to harbour bacteria which can cause and contribute to the foot and leg issues identified below

- Lameness: Goats were filmed lame, some severely, and unable to walk on all four legs. Some were filmed walking on knees. Upon reviewing the footage, Vasanthakumar states: “There is an excessive number of lame goats in these videos”. This high level of lameness may be due to dirty and wet bedding, which will be a breeding ground for bacteria, infrequent foot trimming, or laminitis. No treatment was observed being given by staff yet the associated pain and discomfort are an obvious cause of concern for the welfare of the goats

- Overgrown hooves: The farm claims that a foot trimmer visits weekly to ‘to check and deal with any problems’ [21] yet multiple goats were filmed with severely overgrown hooves. Overgrowth of the horn can cause substantial discomfort and further lameness

- Kid separation: Several mother goats were filmed being separated from kids within 24 hours of birth, and the subsequent anguish was clear e.g. searching behaviour and crying out hours afterwards

- Kid killing: The violent killing of both male and female goat kids at just a day or two old by farm owner Phil Ormorod and his staff in front of mothers and other kids was distressing to watch, and reveals a cognitive dissonance by staff on the farm. Pithing appeared to be done incorrectly and had to be repeated on one kid, and no kids killed were checked for signs of life despite them writhing and kicking out for several minutes after. This is at odds with both DEFRA and Humane Slaughter Association guidelines [22, 23] and the farm’s claim that females enter the milking herd and males go for meat [6]

- Disbudding: This mutilation is carried out because the goats are crammed in pens

The last available industry survey revealed that a staggering 83% of goats in the UK are farmed inside sheds, without ever going outside [20]. The commercial goat dairy industry’s mantra is that goats are housed permanently in sheds for the welfare of the goats, not the convenience of the farmer [e.g. 24] yet Animal Justice Project contests this, saying it is very much about ‘convenience and money’. They also refer to the Farm Animal Welfare Council (FAWC) which states that farmed animals should live a 'life worth living' [25]

“Goats naturally live in complex social groups and the use of their horns play a strong role in communication.” Vasanthakumar says “Zero-graze systems inherently deny goats access to elevation and spaces to hide, the ability to selectively browse, and the space to form dynamic groups. Farms like Pasture House necessitates disbudding, subsequently denying them the use of their horns. Therefore it is impossible for farms like this to provide these highly inquisitive and intelligent animals a 'life worth living'.”

Whilst the industry claims keeping goats inside reduces lameness and foot problems, Animal Justice Project’s footage reveals these to be common inside the Delamere Dairy sheds, and are likely to be exacerbated by the filthy substrate. Besides the health issues observed, the organisation says, goats are exploratory and highly intelligent animals [26, 27], and so housing them in vast, crowded sheds with no enrichment is inhumane.

Vasanthakumar continues “Pasture House Farm is representative of commercial goat rearing systems, where animals are denied access to the outdoors. Goats differ from cattle and sheep in their evolution, and have developed advanced cognitive abilities that have made them successful in harsh and hostile environments. Having evolved in rocky and mountainous areas, they are good at climbing and are proficient diggers, so will seek out elevation and areas to hide. They are predominantly browsers and will search upwards for food, nibbling selectively on a wide variety of vegetation. They naturally live in complex social groups with females and bachelor males only joining together during the breeding season. Their social structures are complex and the use of their horns play a strong role in communication. Zero-graze systems inherently deny goats access to elevation and spaces to hide, the ability to selectively browse on diverse vegetation, and the space to form dynamic social groups. The system necessitates disbudding, subsequently denying them the use of their horns. Therefore, it is impossible for homogenous and uniform production systems such as the one found on this farm, to provide these highly inquisitive and intelligent animals a 'life worth living'.”

It is estimated that between 25 and 50% of male kids are killed on goat dairies within the UK [28] due to them being useless for the commercial goat dairy industry, however the government (i.e. Animal Plant and Health Agency and Food Standards Agency) does not hold official records of the killings [20] which means that this hidden part of the industry is effectively unregulated. Adult goats are killed at just a fraction of their natural lifespan of 12-15 years, just 2 to 3 years old. Animal Justice Project filmed goat kids being killed with a stun gun and a method known as ‘pithing’ whereby the brain is scrambled with a metal rod that is inserted into the forehead of the young animals. This killing of goat kids has never been filmed in the UK. On Pastures House Farm, around 20 to 25% of nanny goats are also ‘culled’ when they fail to perform [29].

Ayrton Cooper, Campaigns Manager of Animal Justice Project, states: “Delamere Dairy positions itself as the leader in its field yet our undercover work at a farm representative of commercial goat farming in the UK reveals the permanent confinement in sheds, painful neglect, mental anguish, and violent killing of young kids in front of other goats. Even more poignantly, on a Delamere farm owned by the director of a body that was set up to represent and be a voice for the industry. The accumulation of poor living conditions, mental health concerns and denial of basic natural behaviours cancel out Delamere’s claim that goats need to be housed in zero-grazing systems. Convenience and profit are what drives this industry, and we urge people to make their choices count by opting for plant-based foods as the only ethical alternative to dairy.” 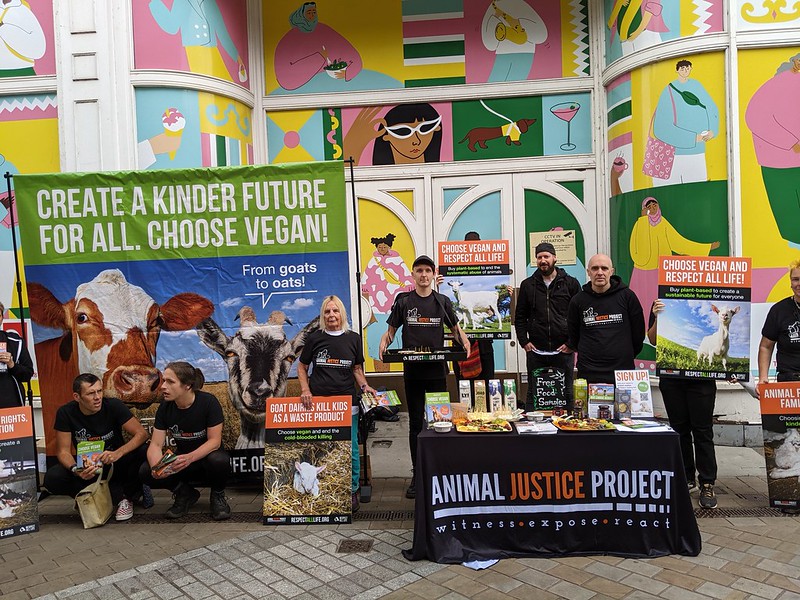 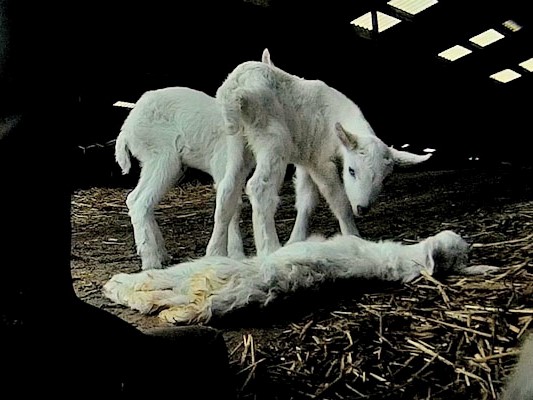 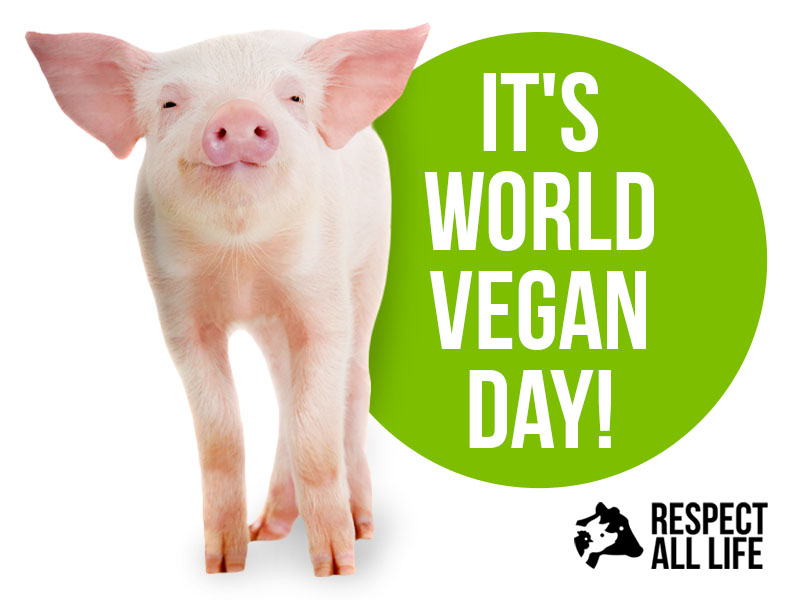 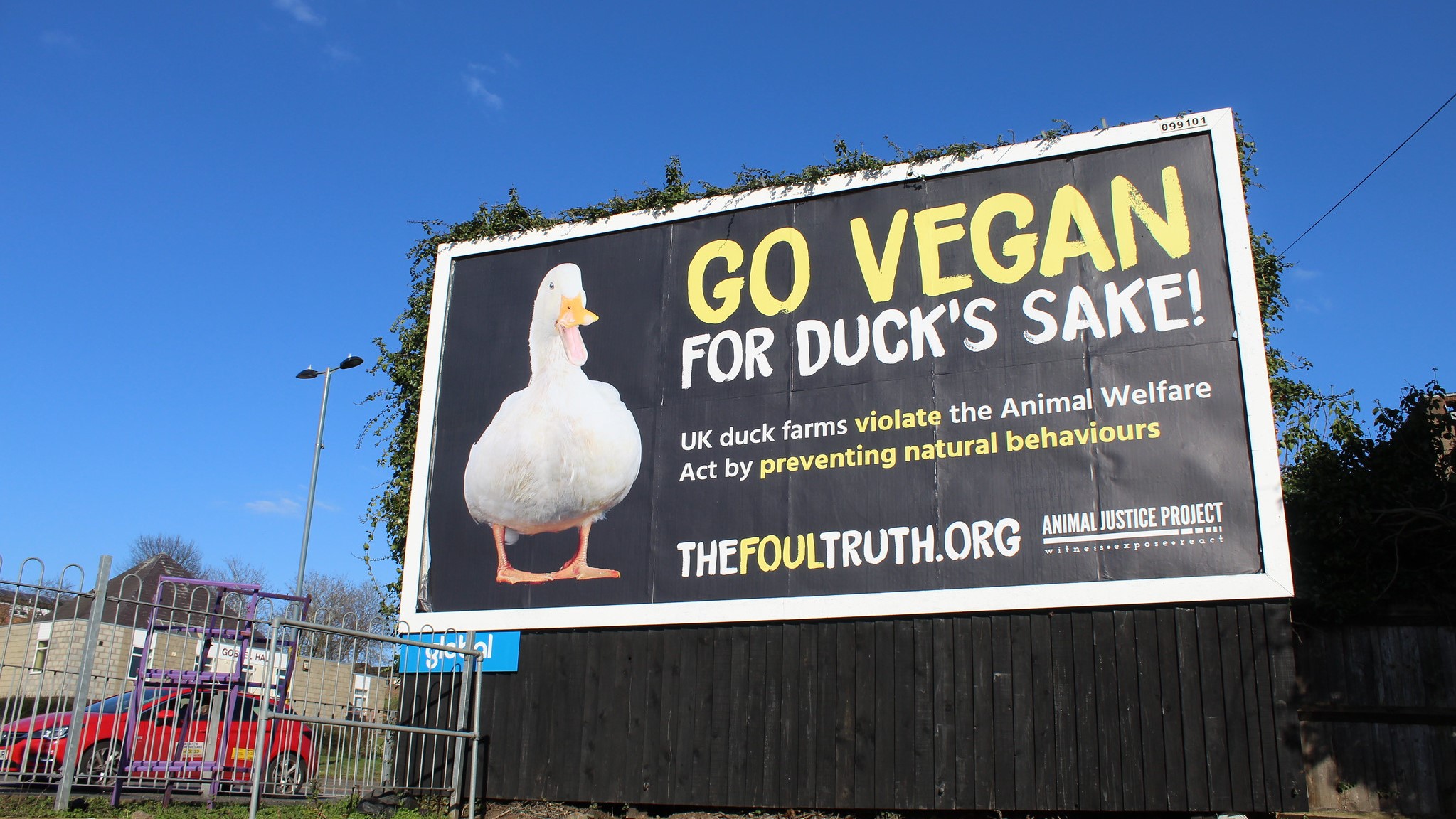