Send our urgent letter to East Lindsey District Council, demanding a pledge against granting permission for the construction of further Intensive Poultry Units (IPUs) in Lincolnshire.
We demand an end to IPUs:
* Protects millions of animals from suffering
* Prevents deadly pandemics from developing
* Lessens the devastating impacts of bird flu on free-living animals
* Slows the acceleration of antibiotic resistance
* Reduces air, water and land pollution
* Leaves a safer planet for future generations

have signed
Thank you! Your letter has been sent!
donatemore actions
Oops! Something went wrong while submitting the form 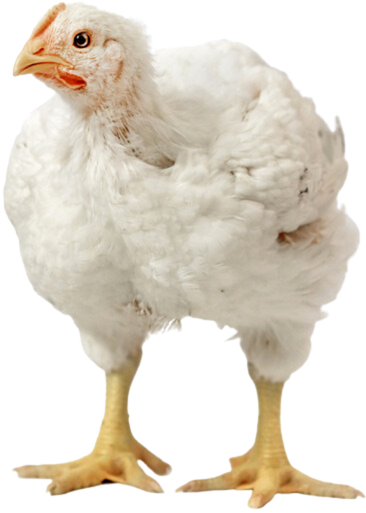 I urge East Lindsey District Council to pledge to prohibit planning permission being granted to any Intensive Poultry Units (IPUs) in the future.

IPUs are a breeding ground for disease, each housing in excess of 40,000 birds. Globally and in the UK, we are dealing with outbreaks of the H5N1 strain of Avian influenza at an unprecedented rate. It is spreading quickly amongst farmed birds who are already immunocompromised due to stress, and amongst free-living birds. As a zoonotic disease, it can be passed from animals to humans. With a mortality rate of 50%, the Department of Health predicts that an Avian Influenza pandemic has the potential to cause up to 750,000 human deaths in the UK alone if its pathogenicity increases.

Planning permission has been granted for the construction of IPUs across Lincolnshire at an alarming rate in recent years. Consequently, over a million chickens have been culled after at least a dozen outbreaks across East Lindsey this year alone. It is vital that you prevent Lincolnshire from becoming more densely populated with birds who are spreading Avian influenza, to prevent a public health crisis from emerging amongst residents and to protect free-living animals.

Chicken faeces are high in ammonia and nitrous oxide. These gases pollute the air and damage our health, causing life-threatening illnesses like asthma, lung cancer and coronary heart disease. Residents are being exposed to air pollution levels that almost exceed WHO safety recommendations, and according to DEFRA, 5.3% of adult deaths in Lincolnshire are linked to air pollution. This is rising, and it is urgent that your future planning decisions reflect a goal to reduce air pollution produced by the intensive farming of chickens by implementing a prohibition on IPU construction.

Agricultural run-off is responsible for 40% of pollution to our waterways. Nitrous oxide from chicken faeces pollutes rivers, stimulating algae overgrowth, depleting oxygen from the water and blocking sunlight from reaching aquatic plants. The river Witham’s ecosystem has already been devastated when Omex Agriculture Ltd polluted it with Ammonia, killing at least 100,000 fish. Biodiversity in the area is being put at risk every time East Lindsey Council grants permission for the construction of another IPU.

Allowing IPUs to be built across Lincolnshire does not fall in line with East Lindsey’s Climate Change Strategy or Carbon Reduction Plan. Nitrous oxide, emitted from chicken faeces, is a greenhouse gas that contributes to climate change 300% more than carbon dioxide does. The East Lindsey coastline and bodies of water such as the Humber Estuary on the council’s border are at risk of flooding as sea levels rise due to global warming. You must therefore not allow the intensive chicken farming industry to expand across Lincolnshire, for the safety of future generations whom you are responsible for.

The people of Lincolnshire object to having IPUs on their doorsteps. North Kesteven approved a farm due to house over 300,000 chickens in early 2022, despite 300 objections from local residents. It is important for East Lindsey District Council to set an example and listen to residents, rather than ignoring peoples’ concerns. Your role in eliminating the threats that broiler farming has on public health and the environment has the potential to save lives, and it is essential that you act immediately to pledge not to grant permission for any more IPUs to be built in East Lindsey in the future.

donate by bank transfer ‍
Account name: Animal Justice Project Trust
Account number: 65892389
Sort code: 08-92-99
If you are eligible for Gift Aid, please follow this link to complete an online declaration form. Alternatively, please download and print, complete and post the declaration form to us with your cheque, or email Krysia to request a form and we will post one to you.
All donations go to an associated charity, Animal Justice Project Trust, who fundraise and provide grants to projects and campaigns that align with their objective of educating the public in veganism.