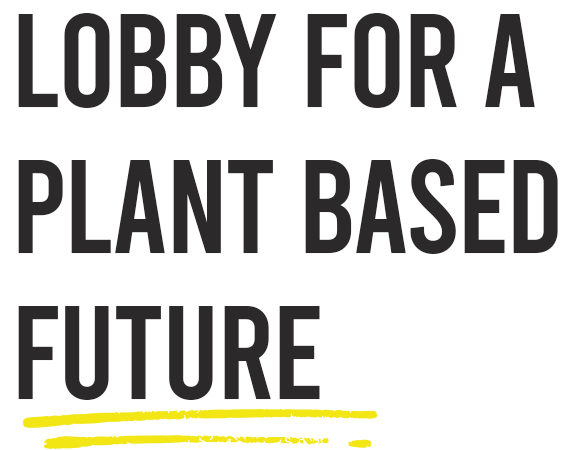 Time is running out -
for us and for the planet.

Despite clear evidence for the link between pandemics and animal agriculture, as well as the climate emergency and dangers of antibiotic resistance in modern agriculture, governments around the world continue to plough vast sums of money into animal farming.
If you want a future that is sustainable and free from animal exploitation, take action by demanding that The Rt Hon Thérèse Coffey MP create plant-based transformation initiatives for UK farmers as a matter of urgency.

have signed
Thank you! Your letter has been sent!
donatemore actions
Oops! Something went wrong while submitting the form

In your position as Secretary of State for Environment, Food and Rural Affairs, we ask that you create plant-based transformation initiatives for our farmers as a matter of utmost urgency. As declared in 2019 by the UK government, we are in a state of environmental emergency (animal agriculture being the leading cause of species extinction, ocean dead zones, water pollution and habitat destruction) and the recent coronavirus pandemic has highlighted yet again the human health emergency we are experiencing.

The current pandemic and previous pandemics stem from human consumption and contact with animals and their ‘products’. Covid-19 originated in wild animal populations and passed on to humans through the consumption of these animals. SARS, MERS, Ebola, HIV, bird flu and swine flu are all prevalent examples of other diseases that we can catch from eating animals or being in close contact with them. The World Health Organization (WHO) has stated that there are over 200 zoonotic diseases globally. Two and a half billion people are infected each year, with three million succumbing to the diseases.

However, it is not only zoonotic diseases that put humans at risk, but also antibiotic resistance. Up to 80 percent of antibiotics globally are fed to farmed animals. Antibiotic resistance is one of the biggest threats to global health, with experts predicting that it will kill 10 million people annually by 2050. If we were not so highly dependent on animal agriculture, we could tackle this problem head-on and improve our antibiotic usage in the future.

The impact on humans is easy to see but the huge and agonising impact on animals remains relatively hidden. With many farmers taking a hit through less demand and supply chain issues, animals are ultimately suffering. For example, aquaculture farmers are killing thousands of fish on their farms as there is no current demand for them due to closed fish counters inside supermarkets. The same is true for chickens, turkeys and pigs around the world who are being mass slaughtered on farms due to a reduction in demand. Thousands of litres of milk from dairy farms are being poured down drains due to supply chain disruption. The Royal Association of British Dairy Farmers (RABDF) are requesting a bailout of £10-20 million and threatening to kill 80,000 dairy cows. Again, the animals ultimately suffer when the system of exploitation cracks. If farmers were able to transform to plant-based food systems, then during times of crisis, our own health, and farmers’ livelihoods, would not be impacted.

This is the only solution. I urge you to create, as a matter of urgency, a nationwide system that allows farmers the ability to retain their livelihoods and remain custodians of the land by transitioning out of animal agriculture and into growing crops used for plant-based products. Initiatives such as The Vegan Society’s ‘Grow Green’ campaign(1), the European-wide ‘Refarm’d’(2) scheme and Mercy for Animals’ ‘Transformation'(3) programme in the United States all offer direct help to farmers in the form of knowledge, support and finances so that they can transition from animal to plant-based farming.

The well-publicised bailouts that your government has given to the animal agriculture, slaughter and fishing industries – for example £10 million to fishing corporations – must end NOW and instead taxpayers' money must be directed into sustainable and ethical farming systems. For the benefit of public health, the rights and well-being of farmed and wild-caught animals, our agricultural industries, and the environment, you must act immediately.

donate by bank transfer ‍
Account name: Animal Justice Project Trust
Account number: 65892389
Sort code: 08-92-99
If you are eligible for Gift Aid, please follow this link to complete an online declaration form. Alternatively, please download and print, complete and post the declaration form to us with your cheque, or email Krysia to request a form and we will post one to you.
All donations go to an associated charity, Animal Justice Project Trust, who fundraise and provide grants to projects and campaigns that align with their objective of educating the public in veganism.